This fall semester, I have had the privilege of facilitating a Kay Arthur Bible Study at PWOC, the chapel women’s auxiliary ministry of which I am a part. It has been an intensive, inductive study of Haggai, Zechariah and Malachi.

I agreed to teach the study to fill a need. And initially I reasoned that this wasn’t my “typical” type of study to be drawn to, but as God often does, he had me right where I needed to be.

We have been reading through many dry details of Old Testament prophecy, of visions and many things that don’t make much sense to me at a cursory read. And yet, God’s word is living and active. Though these stories, my faith has been nourished and my heart has awakened.

The overall theme of this semester has been the relationship between honoring God’s law and covenants and living a life of blessing. Clearly throughout the Bible, when God’s people have broken his law and commands, they’ve lived in a state of disobedience, separation and eventual judgment.

I have been amazed as I have taken time to delve into these books of minor prophets at how easily I have been the one to sit in judgment over the misbehavior and lack of discipline the Israelites have shown toward the God who called them and wants the best for them.

The Israelites had been given warning after warning, message after message, mandate after mandate to rebuild God’s temple and yet they just never got around to it. Ruler after ruler, priest after priest, prophet after prophet and still they just couldn’t get their act together.

And the reasons and excuses the Israelites have had are not that different from the ones you or I come up with to avoid following God’s law or seeking after his kingdom. They were lazy, they were selfish and they wanted to be the ones in control of their destinies.

How many times do I say I follow Jesus only to doubt or trust that the plans God has for me are for my good?

How often do I overlook the small, but very important thing God has called me to just to busy myself with what I think is best for the time being?

Have I ever wanted to hold all of the marbles, do as I please and then after the fact, come and ask God to bless my efforts? {Don’t answer that.}

As I shared in class yesterday, over the past six months or so, I have felt the Lord working in my heart.

See, I have often struggled with my own calling. I know beyond a shadow of a doubt that this ministry calling Ryan and I are a part of is for both of us.

And somewhere along the way I have bought into the lie that what I do isn’t that significant or valuable. It doesn’t count like Ryan’s service and ministry does. What I do isn’t salaried, it isn’t promotable; it isn’t recordable on an OER or even a resume. I have been waiting on the big thing God wants me to do. I’ve been guilty. I have been looking too far in the past and too far ahead into the future. I have overestimated where he could use me and under esteemed where he has me now.

However, over these past months, I have come to realize and now articulate that the only calling I need to concern myself with is one of OBEDIENCE.

Certainly God calls each of us to do his work. In fact, The Great Commission gives a directive to every Believer:

Where I have been missing the mark is that I have mistakenly believed that this directive is meant to look just alike for everyone. I have misunderstood that to mean that unless I was up-in-front in a university or high school classroom, youth group, or PWOC group holding a microphone or commanding the attention of a group of folks, that I was falling short of this giant, “great” commission.

This commission is great. But I have come to realize that it is personal and unique to each of us. It is not a one-size-fits-all.

I am realizing more and more that our gifts and passions and even the places where the Lord places us in our day to day lives have more to do with fulfilling God’s desire for disciple-making (both IN us and THROUGH us) than any loud, big, crusade. 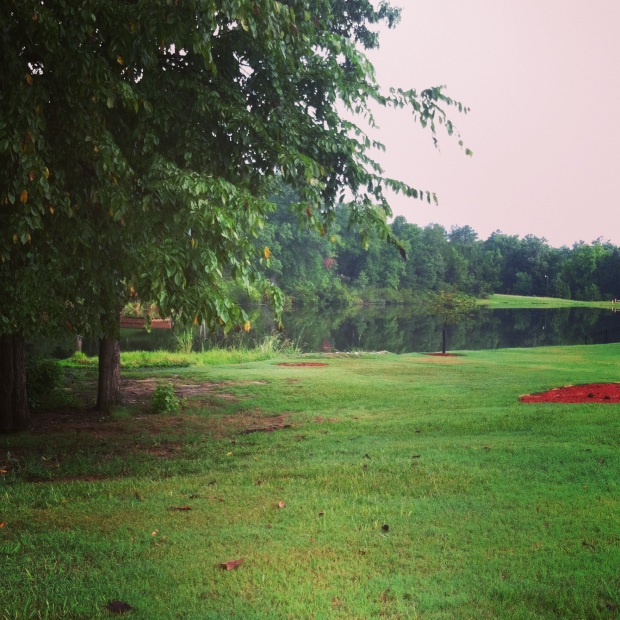 These daily practices are the building blocks of *my* calling, of my role in our ministry.

It has taken me many, many years. There have been countless moments of confusion and frustration and even tears, but I think I am finally beginning to see the connection between God’s plans for me and my willingness and obedience to accept them and live those plans out.

In the season we are in as a military family, for the foreseeable future, I will not be working outside of the home. I will not be earning income. I will not be building a resume. I won’t be given any honors or promotions or badges. In the military, you wear your rank and success on your uniform. In God’s economy, the work we do is often hidden from plain sight.

Instead, where we are now I can write a note of encouragement, I can make a cake to celebrate the success of a friend, I can make a meal, bring a snack, cheer on a fellow home schooler, pick up the lunch delivery for our co-op. I can serve. I can go the extra mile for the least of these. God always honors the small. Like the widow with only two mites, God sees our offering.

Today, in this moment, I am thanking God for the time I have spent studying his word. I am thankful that I have been able to take a closer look at the Israelites and learn from their mistakes. I’m grateful for the lessons this Bible study has taught me this semester.

God asked his followers to rebuild his temple.

They tarried. Had excuses. Did what they saw best in their own eyes.

But God’s ways and plans always succeed. His will always prevails.

I want to take the edict from the Lord to build and be obedient.

He is asking me to lay bricks and set stones one at a time. He is calling me to set about his work, even if it is slow…even if it takes years to build. Even if it doesn’t seem measurable in the eyes of the world. God doesn’t want me to get side-tracked. He doesn’t want me to allow my own ideas and plans for how things should go or look to get in the way of his work.

3 thoughts on “stone by stone, brick by brick”