As the school year ended I began to think about what I hoped our summer would look like. I also began to reflect in general; ever wondering if what I say I want my life to look like is actually what it is.

Essentially, I asked myself, “Do my actions and time reflect what’s most important to me?” For the past several months there has been a stirring, a discrepancy, and a desire for realignment.

I decided to write about that process and document it here over the course of four months; May-August. It’s summer and there’s no better time to hit the reset button. I want less stuff, less distractions, and less time spent on Facebook. I want more intentional time with my family, more fun, and more opportunities for practicing good health.

What could be so difficult about that? Why don’t I do the things I want to do and set aside the bad habits of things I don’t want? It seems simple enough, and yet, as humans that is the battle we face against our flesh.

I’m about four weeks in and that battle has been ongoing. I knew habits wouldn’t change overnight. I knew this would be a process. I knew that I’d have to be intentional with my choices, thought processes, and even where I chose to spend my time.

Here’s an update at the end of one month:

We did finish out our school year strong. We had our end of the year party and have closure on the whole thing. One of my goals was to avoid adding back in more commitments for the fall until school actually starts. I’ve had a habit of hearing about all kinds of fun/engaging/useful activities for all of us and saying “yes!!!” only to start the school year feeling dictated by our schedule. Part of my mission is for us to get back into our Charlotte Mason rhythm and only participate in activities that add value to our time.

Facebook. AHHHHH! This one area has been probably the one that I’ve seen and felt the most difference. Facebook is something that has, in the past, added GREAT value to my life. As a military family, Facebook is a vehicle that helps me to stay connected (literally) to hundreds of family and friends. It’s actually become a crutch to combat loneliness and homesickness. It’s also sometimes like pouring rubbing alcohol on loneliness and homesickness. It stings.

As someone who is highly sensitive, scrolling Facebook not only stirs up those feelings of “if we were still in TN or TX, we’d be doing that too,” but also it lures me in with an empathy so great that I am often laying in bed at night wondering about so-and-so’s grandmother’s aunt’s cousin who had surgery or is sick.

I will admit there has been a quiet peace in not knowing all of the drama of 1200 people. There has definitely been a quiet peace in not filling my mind’s eye with nasty political junk and zillions of quick-time recipes. However, there has been a sense of mourning in NOT knowing the minutiae of a wide circle of friends and feeling like what I would share hasn’t been missed. Out of all of those 1200 + friends, I have had less than five non-family members contact me in another format (speaking, emailing, texting) to check in. This proves my point that Facebook isn’t proof of REALITY.

I have, on the other hand, spent many hours talking to real life friends and real life family members in person and on the phone. I have emailed back and forth with a few friends to truly check-in and see how they are doing. I have even run into to acquaintances here and there, and we are all still very friendly despite the absence of the exchange of Facebook knowledge.

Since deactivating my account, I have continued to use Instagram. I keep certain photos and hashtags there for posterity. I have also gotten on to Ryan’s account a handful of times: once to check something my sister needed me to weigh in on, and once out of boredom. Both times, I got sucked into other people’s medical issues and tragedy. Both times I literally felt something physical after having been mentally zoning out by scrolling.

The greatest benefit, I believe, is that I am not zoning out while sitting in a room full of family or friends. I am attempting to be present with the ones I’m with.

This is all to say that Facebook should be a compliment to a full life. It should not become the life itself. I know for me, I can allow my own connection to it to become an idol that takes on a life of its own.

I’ve gotten rid of a lot of unused and unwanted items over this past month. I have also not brought much of anything back into the house. I have needed to get the kids a few things like tennis shoes and swimsuits that had been outgrown. We also traded my vehicle, so while a big purchase, it was one that made sense for us and didn’t include debt. As far as for myself, I am always SO TEMPTED to buy clothes and cute jewelry. I like that stuff and have pinpointed that shopping for those kind of things gives me a temporary endorphin boost.

It’s mindless and makes me feel good momentarily. There were multiple moments in Hawaii that I almost abandoned ship. There was an awesome necklace that I went back to look at twice but did not buy. And then there was a dress that I REALLY wanted to buy. I looked at it multiple times and even tried it on. I decided to sleep on it, and the next day, it was easier to just not go back to that store.

We all want to look our best, but there have been times I have just bought stuff to placate something else going on. If I say I want less stuff, clothes and accessories is a good place for me to examine my habits. My intention of not accumulating more clothing has nothing to do with the money spent, or the self-imposed process of restriction. It has everything to do with contentment and USING WHAT I HAVE…which is a lot…and which is plenty.

Having said that, I have made one personal clothing purchase. I did buy some athletic shorts because we will be going to an amusement park with mostly water rides on vacation. I truly need a pair of shorts that could get wet and dry out quickly. All I have for working out or exercise are yoga pants/capris that are not water friendly.

Also included in the mindless spending category is the stopping and buying of fast food and junk food from the grocery store.

I’d say I/we have done just okay in this area. It is difficult when traveling to avoid some fast food. You are at the mercy of interstate stops and airport offerings. I’ve tried to make good choices as often as possible. When we have been at home here in Augusta, I have tried to avoid eating out for the sake of convenience. I’ve cooked at home and we’ve had lunch at home nearly every day. We have also made it a priority to pack our own water bottles to take with us and not make stops at Sonic for drinks.

I have spent a fair amount of time out here when I have been home. I am out here right now writing this blog post. I’ve had my coffee and spent a few minutes of prayer time alone. It’s cool and shaded. And I have seen two of our deer meander past me to and from the apple tree. Various birds are chirping, our neighbor’s dog is going crazy (see deer comment), and I’m hearing the sounds of folks driving out of the neighborhood on their way to work. Porch time = good.

I am a work in progress in this area. I am trying to eat right and be more active. I got in some good walks and even a strenuous hike in Hawaii. That hike (I’ve alluded to before and have a separate blog post brewing about it) made me realize some things and helped me to understand the need for more changes in my life (physical, spiritual, and emotional). It’s harder for me to make and implement changes on vacation but once we get home next week from another trip, I have a plan in mind. 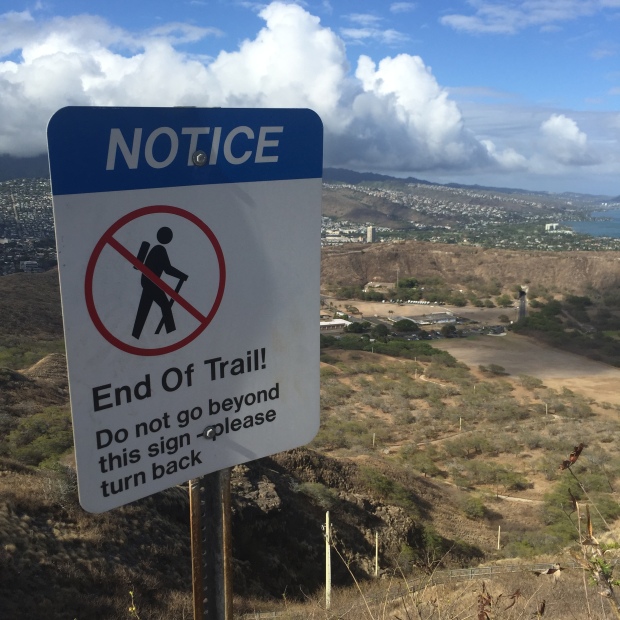 It boils down to this: what I have been doing isn’t cutting it. Have I made some progress? Yes. Has it been enough? No. I need more sleep, more rigorous exercise, a more consistent eating plan, and more writing.

This is probably my most important outcome and the one where I am seeing the most fruit. Instead of lots of zoning out shopping or Facebook scrolling, we have actually been spending some wonderful, purposeful time together in various formats. #woodfamsummerfun2016

I’m not just talking about vacations and trips, but we have played many hours of board/card games, had our meals around the table, gone to the library, played golf, gone swimming, and just last night we all stayed up until after 11:00 watching all 25 embroiled rounds of the Scripps National Spelling Bee. <—That is what I want for our family…togetherness.

Ryan and I had a recent opportunity to walk through some of the exercises he uses for marriage retreats ourselves. Even as the facilitators of the retreat, it did us good to communicate some of our expectations, articulate some of our hopes for the future, and cement what we want our foundations and legacy for our marriage and family to be.